Use of a GPS Tracker on a Stalker 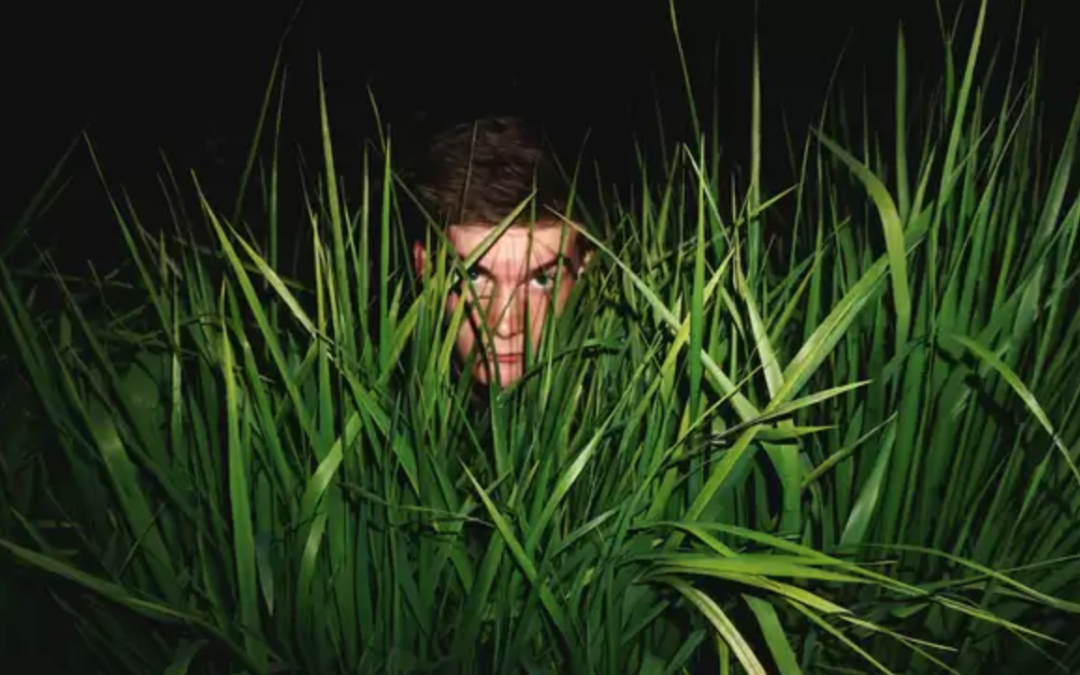 Over the past 15 years, we’ve had many cases where we’ve dealt with a stalker or other dangerous and/or threatening person. We’ve had numerous cases where employees have made a casual, or veil, remark as they walked out the door.  Oftentimes, these comments are construed as a threat—sometimes with good reason.  Then there are the domestic cases.  In both scenarios, emotions are usually running extremely high.  Reasonableness has left the room.  One doesn’t have to watch the news every day to understand that danger and violence are often just around the corner.

Every situation is different, of course. But, you don’t always have to sit back and wait to be a victim.

There are a number of different ways to approach stalker situations, depending on the variables.  Many private investigators regularly work with clients to reduce and mitigate risks in these types of situations.  Here are the basics that some P.I.’s will start with. 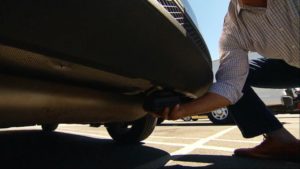 The very first thing that P.I.’s will often do when dealing with a potential stalker, if the situation lends itself to it, is try to immediately install a GPS tracker on the subject’s car(s).

Now, I realize that this is not legal in all jurisdictions, so it is not always an option.  But where it is feasible, it is often both the most efficient and effective place to start.

Once the tracker is on the potential stalker’s vehicle, we will set up what we call what we call “GeoFences” around different geographic areas that we want to know if the stalker is entering.  Following are some examples of where we might set up a GeoFence.

When dealing with a domestic situation where a male committed domestic violence by threatening or even assaulting his wife and there is a fear that he may return, we would probably set up GeoFences…

GeoFences can be setup for any size, from an area as small as 100 feet squared in case you want to know if he’s actually on the property…

All the way up to 1,000 miles or more if it makes sense… For example, in the case where the stalker might be living in a different state and you want to know if he’s anywhere near you…or on his way (Check out this story for a real-life example of this scenario). 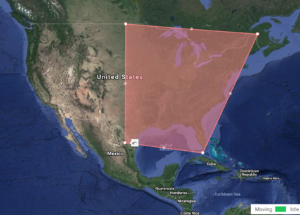 The GeoFences are setup online via a monitoring portal (website).

With the GeoFences in place, we program our GPS tracking system to “alert” either the P.I., the client, a local friend/relative, etc. whenever a designated tracker crosses the threshold of an established GeoFence.  We set up alerts to be sent as either text messages or emails (or both, if desired). Additionally, there is really no limit to how many alerts can be set up. One could set up an alert for themselves, another one for a brother that leaves a couple of streets over, another one for a bodyguard, etc.

Obviously, you’ll want to set up the GeoFences so that they give you enough time to react (either leave where you are, wake up and arm yourself, and or call the police, as appropriate).

If a court-ordered Protection, Anti-Stalking, Restraining order has been issued, and the subject is violating that order by coming within a certain distance of a specific property, you’d obviously want to figure out a way to document that activity so that the judge can be notified and appropriate steps can be taken.

Monitor The Stalker for Patterns, Red Flags and Odd Behavior

Once the tracker is installed and we’ve setup some GeoFences, the next thing that we will do is start monitoring the activities of the subject via the computer.  This is a a bit more intensive in the early days of the monitoring.  Once some patterns are observed and recognized, the alerts are relied on a bit more.

It’s important to understand that GPS trackers, although extremely valuable, have some limitations.  The tracker does tell us where the vehicle is going and when, but we can only assume who is driving the vehicle.  Additionally, the tracker isn’t going to tell us who the subject might be meeting with, who else is in the vehicle or what they are doing wherever they are going.  Some example of behaviors that we might consider “red flags” might be visits to a gun store, or a shooting range or desolate, rural areas. Examples of “odd behavior” that we’ve observed would be long, apparently aimless drives and/or movements at odd times of the day (in the middle of the night).

It’s not uncommon for clients to have investigators do some spot checks to fill in some of the blanks when it comes to understanding the “red flags” and “odd behaviors.”

It’s important to understand how evidence works with a GPS tracker.  The tracker, alone can’t be used to establish direct evidence of wrongdoing or violation of a protection order.  In most cases, once the GPS tracker indicates that the subject is going near the person who is feels threatened, the investigator will respond to the area and document the stalker’s activity with video.  In cases where a protection order is already in place, this video evidence can be bolstered and supported by a call to the police.  This is done by tipping them off that the subject is in the area (and in violation of the TPO) so that they can respond and pull the person over and arrest them.

Even if an arrest isn’t made, the P.I. will document the activity with video and then prepare and present it to the detectives, the prosecutor and the judge in the morning.

It’s important to understand that even if GPS tracking is legal in your state, if you don’t own the vehicle, yourself, you are probably violating a stalking law, yourself if you place a GPS tracker on someone’s vehicle.  However, a licensed private investigator with a permissible purpose can, in most cases, depending on the local laws and the specific circumstances of the situation, place a GPS tracker on a potential stalker’s vehicle.

Is Video Evidence of Infidelity Admissible in Court?