Integrity Investigations was “officially” started at the very lowest point of my life…the day my own horrific adventure of a divorce was finalized in court.  At the time, I was a sergeant on the Cleveland Police Department (I’m now a lieutenant).  I was so broke that, even though I was a detective, I would sometimes wear my police uniform to work so that I could get discounted or free meals for lunch and dinner (and sometimes breakfast).  Physically, I had lost over 30 pounds as a result of the heartache, stress and sleepless nights from the divorce.  I was still numb from the disintegration of my family, terrified that my now-ex-wife was going to head back to her hometown of Pittsburgh with my two daughters, ages 3 and 1.  Without a doubt, it was the lowest point of my life.

One week before my divorce had been finalized in the courtroom, my friend Dan informed me that he had “volunteered” me to catch someone who was running an injury scam (workers’ comp.) on a business friend of his.  I told Dan I couldn’t do it…First of all, I didn’t know anything about private investigations…including the fact that one is required to have a P.I. license to do this kind of work. Secondly, I didn’t have the energy to do it. My biggest and best excuse was that I didn’t even have a video camera to document anything with.

“I didn’t even have a video camera to record anything with.”

The next day, armed with a video camera that Dan let me borrow, I reluctantly visited the business owner and he told me how he had already hired two P.I.’s and spent thousands of dollars trying to catch this guy who had supposedly “hurt” his back on the very first day of work.  Neither of the first two investigators had even been able to locate the scammer, let alone get video of him.  He apparently no longer lived at the address he had given on his job application.  The business owner explained to me how much money this claim was costing him and asked me if I could help him out.  I was doing this more as a favor to my friend, Dan, than for any other reason.

For the next six days, I looked everywhere for the scammer, using every police trick I knew at the time, all to no avail.  The day before my divorce day in court, I was able to find out where the scammer’s girlfriend worked.  I was still grasping at straws, but I didn’t have anything better to go on.

The next morning, I stood in court and the judge granted my now ex-wife and I our divorce.  I had taken the day off from work for the occasion, so with nowhere else to go afterward, I went over to the address where my scammer’s girlfriend supposedly worked on E. 40th Street, off of St. Clair Avenue and I parked the car.  Three hours later, at 3:05pm, I recognized my scammer pulling up in front of the business, driving his girlfriend’s white Chevy Malibu.  A moment later, his girlfriend came out of the building and jumped in the passenger seat and they pulled away (with me not too far behind, of course).

I followed them all around town as they went to pick up two kids at a daycare center and they went grocery shopping.  They finally went to a house on a street called Ferriss Avenue that I had actually staked out a few days earlier with no success.  Parked a few houses down the street, I didn’t want to leave the house in case he left to go somewhere else to lay his head that night, since I still didn’t know if he actually lived there.  I stayed all the way through the night.  At 5:15am, the same vehicle backed out of the driveway and I followed it.  Most folks don’t understand how difficult it can be to follow a vehicle when there is no other traffic on the road without raising suspicions, especially by yourself.  With some luck, I was able to follow the vehicle to a wood pallet refurbishing factory on the northeast side of town.  I built the case out from there.

I was was able to discern that he was working “under the table” (for cash) and I was video recording the “injured” scammer tossing 40 pound wooden pallets onto a flatbed truck for 12 hours a day.  I followed him to this jobsite for three days.

Now, I can tell you, even though this guy wasn’t a real “bad guy,” like I was used to going after, that bust was exhilarating.  At that point, I’d already been a policeman for over ten years.  I’d been shot at, stabbed and hit by a car working while working as a street cop.  I’d hunted down and arrested murderers, rapists, burglars and drug dealers as a policeman.  Who would think this kind of work would be so much fun?

The financial result of that first private investigation was a check for $1,500 dollars from a very happy business owner and two more workers comp cases to work on, immediately.  This was a king’s ransom for me at that time, and it set me on my way out of financial ruin.  Believe it or not, the biggest part of what I earned on that case wasn’t the money, but the gratification and satisfaction of busting the scammer.  Luckily, the scammer’s attorney never looked to see if I had a P.I. license.  I ended up going through the process of getting licensed soon afterward.

I’d like to say that it has been a smooth ride to where we are now, but I’ve made plenty of mistakes along the way.  Somehow, we’ve survived, though.  Growing out of my efficiency apartment of those days and into several offices in multiple cities and multiple states.

The business has helped get the bills paid through the years, but the real driving force has been that sweet feeling of getting over on someone who thinks they are getting over on someone else, whether it’s a cheating spouse, a thieving employee or even someone who is stalking someone.  That is the reward that drives not only me, but any of the employees that we’ve hired through the years.  That is the story of where this company came from, it’s the story of who we are and it’s the story that will take us into the future.

Integrity Investigations does not handle work for criminal defendants or people under indictment. Neither do we handle work for anyone that we suspect to be involved in any criminal activity. 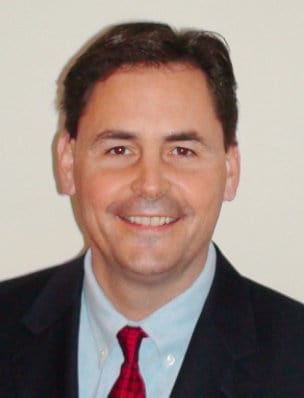