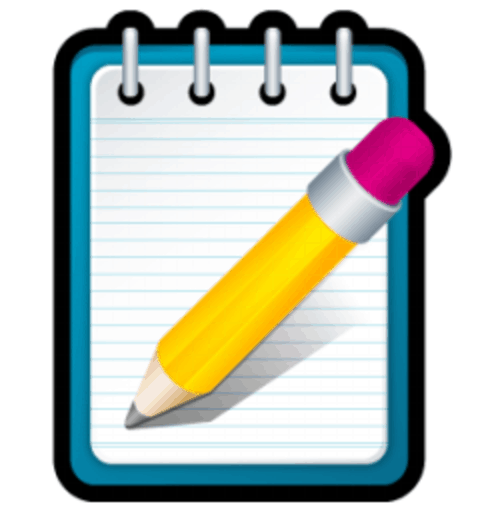 Just like any other industry, range in quality, honesty and competence in the P.I. industry ranges from the readily-available used car salesman category all the way up to the less available high-end private investigators.  And remember, just like any other industry, the majority of people in any industry, whether it be doctors, lawyers, police officers or psychiatrists are going to fall into the less-than-desirable category.  But, rest assured, there will always be those select few in every town, in every industry that are very competent and very good at what they do.  The challenge is differentiating the few good ones from the majority of less-than-good ones.

A website review is the logical place for most people to start.  So, our P.I. website review process is going to have 3 steps in it.  The first step is to ensure that the website isn’t missing anything (we’ll discuss what and why below), the second step is to verify that the P.I. has a local office, and that he’s not subcontracting out the work.  The third step is to take a cursory look at what he says his background, experience and credentials are (We’ll take a deeper dive into the P.I.’s background once we’ve narrowed down the field a bit).

In this first step, we want to identify What is missing!?!? I’ve found that the best the best way to do that is to use a checklist.

So let’s start there.  What are some of the things commonly missing from a P.I.’s website that you definitely want to find and verify? Below is an excerpt from our P.I. Website Checklist, followed by more specific descriptions of what we’re looking for and why?

For starters, I always look for the name of the P.I. business prominently placed somewhere in the header of the website.  You’d think this would obviously be there, but it is commonly not…and here’s why.  Many P.I.’s who’ve been around for some time don’t want a potential client to do a Google search on their company name for what might pop-up—either on a BBB rating, a negative media event or in a negative review somewhere.  If I can’t find the business’ name quickly on the site, I immediately move on.

Later on, if this P.I. survives a bit more scrutiny, we’ll go to the state’s Secretary of State webpage to see how long the business has been in existence and if it is operating under any different names, sometimes called DBA’s (“Doing Business As”).  For the same reasons as above, some P.I.’s will just dissolve a P.I. business (or simply change it’s name) and make a fresh start.  We’ll go over the actual steps involved to do this research in the background check section of this guide, but for now, just make sure that the business’ name appears somewhere on the front page of the site.

The next thing I look for is the actual person behind the P.I. firm—the real person holding the P.I. license.  In most cases of legitimate P.I. businesses, the licensee will prominently display both his/her name and picture somewhere on the site.  If it isn’t on the homepage of the site, it should at least be on the “About Us” page.  The reasons for this are the same as above.  If the owner/licensee doesn’t have his name on the site, there is usually something amiss.  I used to dig for that name if I didn’t see it in plain site on the website, starting with the state’s licensing board, and moving onto who the site was registered to, but anymore I just move on to the next site.  The reason for this is that every single time I couldn’t easily find the investigator’s name somewhere on the site, further investigation and research proved that the guy was hiding behind the site and was a scumbag of some sort.

This isn’t a necessity, but I still look for it when I’m searching for a P.I. in another city, state or country for a client or a lawyer.  Want to know why? Because I practice discrimination.

Here are some specific examples of why…

There are also occasions where I want the guy to be able to fit in with the environment where this investigation might be taking place.  That’s right…I don’t want an old white guy trying to follow a professional athlete around who happens to be black and hangs out in predominantly black strip clubs.  At the same time, I don’t want to have a black investigator trying to follow a white woman around a suburban mall where he will stick out like a sore thumb as soon as he gets out of his car.  A picture on the website clears this all up real fast.

It doesn’t mean that a black P.I. can’t have a white guy working for him, or vice versa, but it does mean that I will know to ask those questions if the research gets that far with this particular candidate.

🗹 Who the P.I. is and What His Background Is

After reading the Home page on the investigator’s site, I’m probably still going to want to know some more about who the licensee/owner of the firm is.  This can usually be found on the “About Us” page.  I’m going to be looking for:

We’ll go much deeper into the investigator’s background later when we do our Background Check of the investigator, including looking him/her up on LinkedIn and Facebook, as well as a more thorough Internet search.

Does the P.I. Have an Office?

The next thing I’m going to look for is to see if the P.I. has an actual office, and if he does, where it is.  In most cases, it is important that the investigator has an office and isn’t working out of his basement, the spare bedroom or even from his kitchen table.  I’m not saying that a P.I. can’t work effectively from those venues.  After all, I based my operations out of all three of those locales early on, over the course of building my business.  However, I will say that I wasn’t as evolved or organized during those periods of time either.  I didn’t get stuff done as quickly or effectively and my end product was not what it is today.   My biggest problem in those days was letting things slip through the cracks and I didn’t get every phone call returned as quickly as I should have.  These are negatives that you want to minimize when hiring a P.I.

So, you’ll find one of four categories when looking for the P.I.’s address on his/her website:

If it isn’t right on the homepage of the site, a business address can usually be found on either a “Contact Us” page or “Our Locations.”

If the P.I. doesn’t list an address, I am usually going to immediately knock him off of my list and move onto the next one.  Same goes if the P.I. is using a P.O. Box as his address.  I want to know where I can track this guy down if he doesn’t do the work we agreed upon.  I used to go to the state’s licensing board to see what he used as an address to get his license, but I don’t even waste my time on this research at this point in time anymore.  Once again, I’ll drill down deeper later on if he makes it that far.

If there is an address listed, I do want to determine whether its a residential or a business address at this point.

Now, unless you’re familiar with the neighborhood or address shown (if there is one), you probably won’t know if it’s a business address or a residential address.  If this is the case, what I usually do is open up another web page to Google and put the address into the search box.  Make sure that you use quotation marks around the street numbers and the street name to quicken and narrow your search.  For simplicity’s sake, I’ll use one of my own business addresses as an example.  Your search and results should look something like this: